A single Jewish tomb reminds visitors of the multi-denominational character of Buenos Aires. Although it sits unoccupied today, this is the only tomb in Recoleta Cemetery decorated with a Star of David:

When the cemetery was founded in 1822, the majority of the city’s population was Catholic so it was blessed accordingly. During the presidency of Bartolomé Mitre the blessing was officially removed when he insisted that a prominent member of the Masonic Order be buried there. Or so the story goes. These days, all public cemeteries in Buenos Aires are non-denominational. However given the conservative class of the families present, Recoleta Cemetery remains 99% Catholic.
Not much is known about Benjamín Breitman or how he came to purchase a plot, but the history of Jewish burials in Argentina began with the establishment of the community in Argentina. Currently, the tomb is empty because Breitman’s family has moved all caskets to another cemetery.

Founded in the 1860s the Templo Libertad on Plaza Lavalle may not be the oldest synagogue in Buenos Aires, but it was the most important for early Jewish immigrants.

Jewish tradition foregoes ostentatious burials, given that all are equal after death. The largest non-Catholic cemetery during the early years of the Jewish community in Buenos Aires was the Cementerio de Victoria (now Plaza 1º de Mayo). Sponsored mainly by the Protestant community & 50% funded by the UK, Jews & Protestants were buried together at the same location. Popularly referred to as the Cementerio de los Disidentes (Dissident’s Cemetery), it filled to capacity during the 1871 yellow fever epidemic. Back then if you weren’t Catholic, then you must be a dissident.

The Jewish community had an opportunity to claim part of Chacarita Cemetery when it opened but opted to wait for their own burial ground. In 1912 the Cementerio de Liniers opened (actually just outside the city limits of Buenos Aires) exclusively for Jews & was mainly for those of Ashkenazi descent. Being buried there still remains a sign of high status within the community.
Jews of Moroccan descent—many referred to as “impure” based on their connections with the mafia—opened a cemetery south of Buenos Aires in Avellaneda. It is currently closed.

In 1936, another cemetery was opened for poorer Jews in Tablada & the newest cemetery in Ciudadela is typically for those of Sephardic descent. All these cemeteries are closed to visitors. La Tablada Cemetery: Avenida Crovara 2824, 1766 La Tablada; Provincia de Buenos Aires, Argentina. Largest Jewish cemetery in South America. A memorial monument for the 86 killed and 300 wounded in the bombing on July 18, 1994 was unveiled on July 16, 1995. La Tablada, which covers 138 acres and has 70,000 graves, is the largest Jewish cemetery in the country. With Latin America’s largest Jewish population, Argentina has 230,000 people who identify themselves as Jews. Tablada has computerized records.

45 known Jewish cemeteries exist in Argentina. JGS of Argentina has burial records for eighteen of those cemeteries, a total of 157,850 names current through 1997. The records cover about 100 years. Of these eighteen cemeteries, nine (of a total 11) are in the Buenos Aires area and nine (from 34 active ones) are in the country. 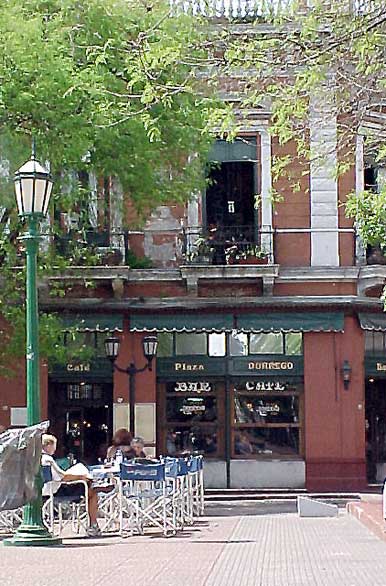