P. Dee Boersma, a University of Washington conservation biologist, is the Jane Goodall of penguins. As director of the Wildlife Conservation Society’s Penguin Project, Dr. Boersma, 62, has spent the last quarter of a century studying the behaviors of some 40,000 Magellanic penguins, inhabitants of one stretch of beach in southern Argentina. We spoke at last month’s American Association for the Advancement of Science meeting in Chicago and again later by telephone. An edited version of the interview follows.

A CONVERSATION WITH DEE BOERSMA

Q. HOW DID THE PENGUIN PROJECT BEGIN?

A. In the early 1980s, a Japanese company went to the Argentine government and said, “We’d like a concession to harvest your penguins and turn them into oil, protein and gloves.” There was a public outcry. This was during a military dictatorship when dissidents were being thrown into the ocean from airplanes. And yet people said, “We object to having our penguins harvested.”

So the military regime did what any government facing a controversy might do — they said, “Let’s have a study.” Not long after that, the Wildlife Conservation Society entered into an agreement with the Argentine Office of Tourism and the Province of Chubut to set up a research project at Punta Tombo where there was the world’s largest colony of Magellanic penguins. Once that agreement was in place, it was the end of the concession idea.

I came to Punta Tombo in 1982 to determine how many penguins were actually there. I didn’t think I’d be doing a long-term study of them. But we didn’t know how long wild penguins lived. With time, we discovered that penguins are quite long-lived, 30 years, more. So I’ve ended up going to Argentina every year since 1982.

Q. WHAT DOES YOUR RESEARCH INVOLVE?

A. I’m a kind of census taker of the 200,000 breeding pairs of penguins at Punta Tombo. I track who is at home, who gets to mate, where the penguins go for the meals, their health, their behaviors.

On a typical day, I’ll get up before dawn. The penguins rise early, but they spend the morning calling to each other from their nests and socializing. Around 8 or 9, they head down to the beach. Once they’re out, we check the nests, see who’s stayed behind, weigh the babies, band them, and we put satellite tags on some birds so we can track them while they’re swimming.

I’m interested in where they go. Through the tagging we’ve been able to show that in the last decade, the birds are swimming about 25 miles further in search of food. They’re having trouble finding enough fish to eat. That costs a penguin energy and time while their mate is sitting on the egg, starving. So when they return to the nest to relieve their mate, they arrive in poorer body condition. And then, the mates also have to go farther to find food.

These penguins are now laying eggs on the average three days later in the season then they did a decade ago. That means that the chicks may leave for sea at more inopportune times, when fish may not be close to the colony. Many will not survive to come back and breed. The Punta Tombo colony has declined 22 percent since 1987. That’s a lot. This type of penguin is considered near-threatened. Of the 17 different penguin species, 12 are suffering rapid decreases in numbers.

Q. Why is this decline occurring among the Magellanic penguins?

A. Changes in the availability and abundance of prey. And we think that’s due to both climate change and exploitation of the penguins’ food sources by commercial fisheries.

There’s also oil pollution in the South Atlantic. There’s dumping from ships. For a while in the 1980s, 80 percent of the dead penguins found along the coast were covered in oil. In 1994, we were able to get the Chubut authorities to move the oil tanker lanes further from the coast. That’s helped.

But as the birds take these longer migrations in search of food, they sometimes find themselves outside of Chubut’s protected areas. Some of our tagged penguins have been located as far north as Brazil. When they’re in the waters of northern Argentina, Uruguay and Brazil, where the laws against oil dumping are less enforced, they’re encountering problems.

Q. WHAT ARE THE POLICY IMPLICATIONS OF YOUR RESEARCH?

A. We’re seeing that conservation areas that we’ve set up to protect penguins are not going to work. If we’re going have penguins, I think we are going to have to do ocean zoning and try to manage people.

I also think that our information about the penguins’ migratory patterns means we must try to anticipate the next place they might move to. Right now they are on public land in Punta Tombo, but as the birds look for new food sources, they might end up colonizing beaches that are privately owned. What then?

The big thing is that penguins are showing us that climate change has already happened. The birds are trying to adapt. But evolution is not fast enough to allow them to do that, over the long term.

Q. THE 2005 DOCUMENTARY FILM “THE MARCH OF THE PENGUINS” WAS A REMARKABLE INTERNATIONAL SUCCESS. DO YOU UNDERSTAND WHY?

A. Because people can identify with penguins. These birds are curious. They walk upright. They dress well. They’re highly social. They know their neighbors. They mate. And some of them even get divorced.

Q. HOW CAN YOU KNOW THAT?

A. When we do our census, we find individuals with mates other than those they had the year before — and they are living within meters of the old mates. That’s more likely to happen, by the way, if the couple has failed at raising a chick; they’ll move to another mate.

And yet, we find other pairs with great fidelity. We have one pair that stayed together for 16 years. What’s really interesting is that if the penguins keep the same mate, they raise more chicks. Fidelity gives them greater evolutionary success.

Last chance to travel to Antarctica! 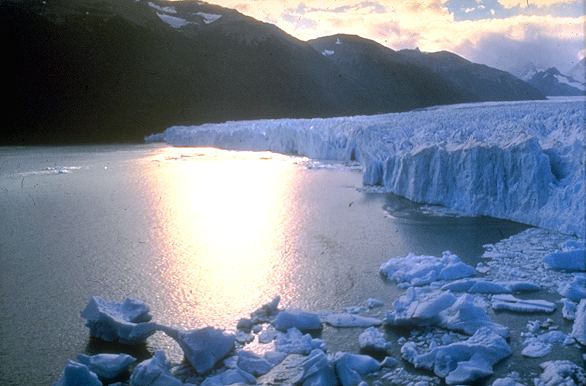