All About Evita Tour

Listen to Evita’s voice!! Exclusive half day tour where you will actually experience the life of Evita Peron. Watch her in film! Visit more than her museum, visit her life!!!

Don’t cry for me, Argentina and accompany us on a half day tour to get to know Evita like no other! Enter the Evita Museum and Foundation in Barrio Norte and discover Evita’s secrets. Incredible and unheard of historical Evita tour that enables you to connect to the life of the Eva Peron and to Buenos Aires in a way you will never forget! Listen to the voice of Evita, videos and true and astounding stories. Afterwards, a stopover at the Presidential Palace or Pink House and the Congress building. Several surprise stops that will allow you to know the life of Evita.

Come join us and visit Argentina.

María Eva Duarte de Perón (7 May 1919 – 26 July 1952) was the second wife of Argentine President Juan Perón (1895–1974) and served as the First Lady of Argentina from 1946 until her death in 1952. She is usually referred to as Eva Perón, or by the affectionate Spanish language diminutive Evita.

She was born in the village of Los Toldos in The Pampas, rural Argentina in 1919, the youngest of five children. At 15 in 1934, she moved to the nation’s capital of Buenos Aires to pursue a career as a stage, radio, and film actress. She met Colonel Juan Perón there on 22 January 1944 during a charity event at the Luna Park Stadium to benefit the victims of an earthquake in San Juan, Argentina. The two were married the following year. Juan Perón was elected President of Argentina in 1946; during the next 6 years, Eva Perón became powerful within the pro-Peronist trade unions, primarily for speaking on behalf of labor rights.

Day at the Estancia 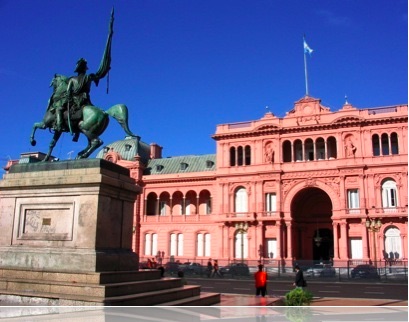 All About Evita Tour

In 1951, Eva Perón announced her candidacy for the Peronist nomination for the office of Vice President of Argentina. In this bid, she received great support from the Peronist political base, low-income and working class Argentines who were referred to as descamisados or “shirtless ones”. However, opposition from the nation’s military and elite, coupled with her declining health, ultimately forced her to withdraw her candidacy.

In 1952 shortly before her death from cancer at the age of 33, Eva Peron was given the official title of “Spiritual Leader of the Nation” by the Argentine Congress.

Eva Peron has become a part of international popular culture, most famously as the subject of the musical Evita. Christina Alvarez Rodriguez claims that Evita has never left the collective conscience of Argentines. Cristina Fernandez, the first female elected President of Argentina, claims that women of her generation owe a debt to Evita for “her example of passion and combativeness”. 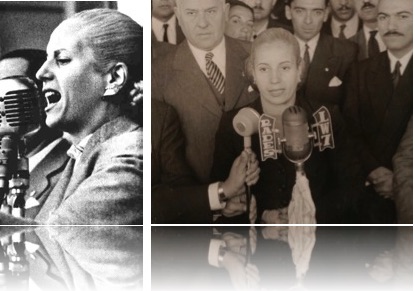