After the 2001 economic collapse, Argentina went from being one of South America’s most expensive cities to the cheapest almost overnight. Nearly 10 years later, the dollar is still strong against the Argentine peso, making vibrant Buenos Aires (known as the “Paris of South America”) a cosmopolitan city that is just as affordable as it is beautiful. Unlike most Latin American cities, it has a distinctly European flair — not only because of the French-style architecture seen throughout, but in the beauty of its people who, only a few generations ago, were immigrants of mostly Italian and Spanish origins.

It’s a mystery how Argentines maintain their fit physiques considering the gastronomic specialties of the region are beef and wine. There are tons of restaurants to choose from, and a typical steak dinner for two including wine, appetizer, main dish, dessert, and coffee can run for as little as $50, however, the cuts and quality of meat are far likely to exceed that of a New York steakhouse. Most restaurants offer local wines at a fraction of the cost of what they’re sold for outside the country. Dinnertime starts around 10 p.m., but the real nightlife begins after midnight and lasts well into the early hours of the morning. Although people are very fashionable, dress is informal, so you can trade in your suit and tie for a more business-casual wardrobe.

WHY YOU SHOULD LIVE IN BUENOS AIRES IN 2009

In 2008, Travel and Leisure rated Buenos Aires No. 2 on their list of World’s Best Cities. Although the city is a great place to visit, in 2009 it’s an even better place to live. It is home to a vibrant expat community and it’s an excellent place to lay low during the dramatic financial crisis without sacrificing your lifestyle.

Speaking Spanish is not a prerequisite for living in Buenos Aires as many Argentines are fluent in English and are willing to practice their language skills with foreigners. Whether you’re looking to get back up on your feet and reinvent yourself —  learn a new language, cultivate some new interests — or simply ride out the financial storm in an environment where the dollar is strong and life is easy, Buenos Aires is the city for you.

Discover how to understand Argentineans and where their own language originates.

While in most countries the word is used to refer to the offspring of Europeans born in the Americas, in Argentina it generally connotes a person of mixed origins, European (mainly Spanish) and Native American.

Many people use it as a synonym for gaucho (Argentine cowboys) and mestizo. It is also known as cultura rioplatense (River Plate culture). This is a more inclusive concept, as it refers to the culture of Uruguayans and Argentines inhabiting the River Plate Basin region. Official conservative interpretations of the Argentine culture have often emphasized the Spanish and Catholic heritage, rooted in the early contributions made by Queen Isabel of Castille and Ferdinand of Aragon, artifices of the conquest of the Americas in the late fifteenth and early sixteenth century. 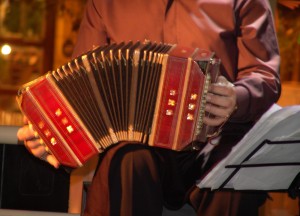 How to understand Argentineans, Che

Latin Americans often identify Argentines as ” Ches,” a colloquial form of address for the second person, similar to the American “hey, you.” This is the reason Ernesto Guevara, the Argentine-born commander of the Cuban Revolution, was called ” el Che.”

The name Argentina comes from Latin “argentum”, which means silver.

The origin of this name goes back to the first Spanish Conquerors that came to the Rio de la Plata or River Plate.