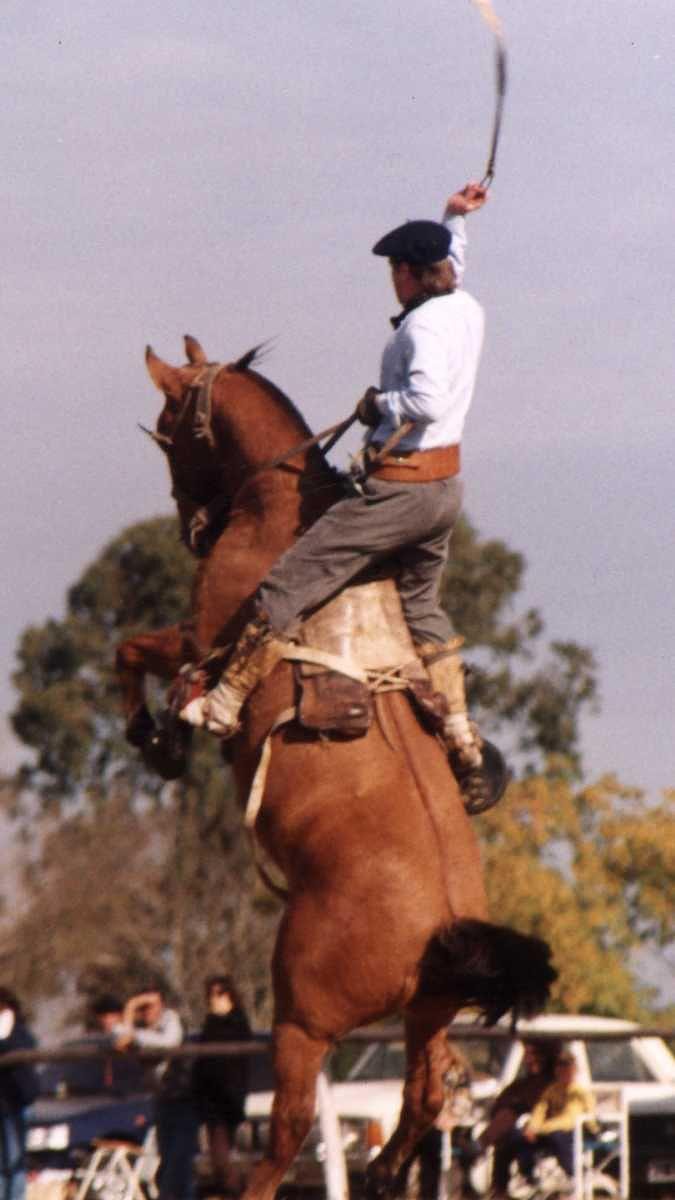 The name was used to denominate from an ethnic (not racial) standpoint, the people bred from Spaniards or criollos and the offspring of Spaniards with indigenous population or mestizos as well as the children of european immigrants, blacks and mulatos that accepted their standard of living.

Almost all tasks were performed on horseback, and this animal was always his best mate and all his wealth. The throwing of the lazo, the dressage and the rodeo, the voyages made ​​by these riders, who made of the horse their best instrument. This Criollo (Creole) horse not only helped them fulfill the daily chores but helped them participate in the struggle for independence, immortalizing their name with legions of Guemes centaurs.